Based in Vermont’s picturesque Northeast Kingdom, Për’s Smoked of Vermont specializes in smoking seafood, cheese, and garlic to preserve and enhance natural flavors. We have been crafting the finest smoked salmon, trout, char and calamari products on earth since 2012 when the company was started in Greensboro Bend by Për Courtney. In 2018, the smokehouse moved to its new home in Walden, VT and opened an online shop to send our products to fish lovers far and wide! We are proud to be part of the local food producers movement in the Hardwick area and beyond. Through years of practice and experimentation, we have worked to produce the highest quality hot smoked fish & seafood from environmentally sustainable sources. Për’s Smoked is proud to source fish from Ray’s Seafood in Essex Junction, VT.

Për’s lifelong passion for cooking and exceptional foods has culminated in a special smoking process that is unique among the offerings currently on the market. This is what makes our smoked products so delicate and irresistible, while still being healthy and natural. We think you’ll agree that our small-batch, hands-on production results in an uncommonly delicious smoked fish! Thanks for your interest in our products. If you have any questions, please don’t hesitate to contact us. We would be happy to speak with you.

Për was born in Brookline, Massachusetts to a homemaker and a fisherman-turned-stock-broker-turned-fisherman-again. He and his three sisters were raised in Newburyport and Lunenburg, MA in a household where fine cuisine and elegant design were highly valued.

As a teenager, Për worked with his father on commercial fishing expeditions out of Manchester. Though his time as a fisherman was short-lived, it clearly foreshadowed the pursuits of his later years.

Për’s middle sister, Lisa, became an artist and a jewelry-maker, subsequently initiating Për into the world of silversmithing. Për went on to have a sideline career making silver jewelry which was well-received by consumers as well as jewelry experts. This was secondary, however, to another life’s work and passion: woodworking.

He began working with wood professionally at the age of 14. As he honed his skills, what started out as a hobby turned into a very successful career in furniture-making. For over 40 years, Për designed and built furniture for a slew of prestigious customers. Splitting his time between Vermont and Puerto Rico, he was the president of the Vermont Furniture Makers’ Guild from 2008 to 2009. 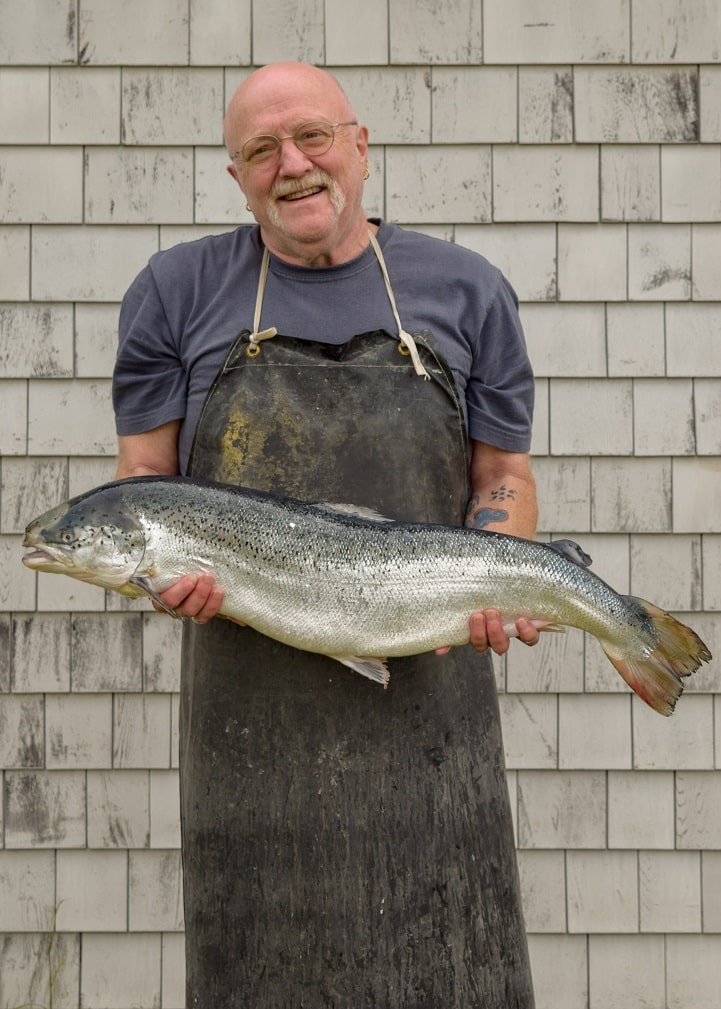 Over the years, he began to build guitars as well. His love of music and the artistic sensibility he inherited from his family contributed greatly to his success in this field, and he made guitars for several well-known musicians, such as Joe Bonamassa, Davy Knowles, Derek Trucks, and Bobby Messano. His guitars were very highly praised, but ultimately too expensive to be part of a profitable business model. Nonetheless, it had been worth it if only for the joy of watching some of his favorite musicians play his guitars.

Unfortunately, the repetitive movements of woodworking took their toll on Për’s body. One night in 1986, he was jarred awake by a searing pain in his right hand. The repetitive stress injury in his wrist required Për to wear a cast for three years, and yet before long, an accident made the situation worse. A cast iron woodstove dropped on his right hand while he was helping a friend move. Surgery ensued. Eventually, his hand recovered but never regained a full range of motion. This injury, combined with the difficult economic realities of the woodworking industry led him to lay down his tools and consider other pursuits.

At the ripe age of 54, Për considered the options for a new enterprise. He asked himself, “What do I know?” Looking back on the many passions of his life, food emerged as an important focus. His love of cooking and his background in commercial fishing made smoked seafood an obvious choice. He set to work developing the recipes that became the foundation for Për’s Smoked products.

The business has grown steadily through persistence and hard work. Now, Për is entering a new era. Për’s Smoked has moved to a larger location in Walden, VT where Për is currently shepherding the business through its latest renaissance period and enjoying the heck out of it.

It's no accident that Për found his woodworking skills well-suited to building guitars. He has been an avid music lover from his early youth, with eclectic tastes and a particular focus on reggae and blues. He identifies deeply with the song included below and would like to share it with you.

It's Alright by Steven Marley